Who Says Republicans Have No Heart? Get Your Republican Valentine’s Day Cards For That Special Someone.

Who says that Republicans have no heart or  sense of humor?    We have plenty of heart.  We just believe that government is suppose to govern based on fact and logic, not emotion. And Republicans certainly do have a sense of humor.  We do an awful  lot of laughing when Democrats open their mouths and try to pass legislation that they haven’t read or that makes no sense.

With that in mind, the Republican National Committee has prepared the following Valentine’s Day cards for those of you who want to send al Valentine message to that special politician in your life.

Just click on the imge and fill out the form to send whichever message you want, to whoever you want. 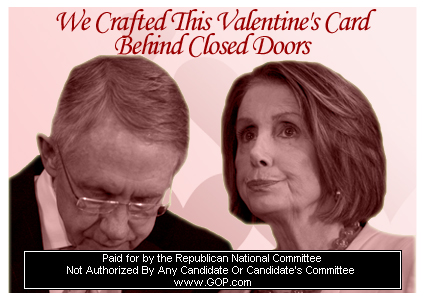 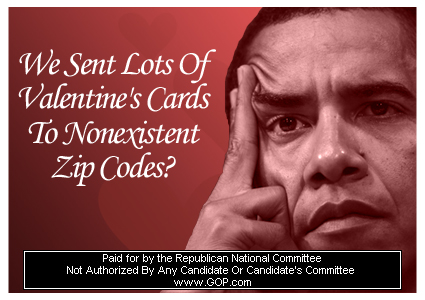 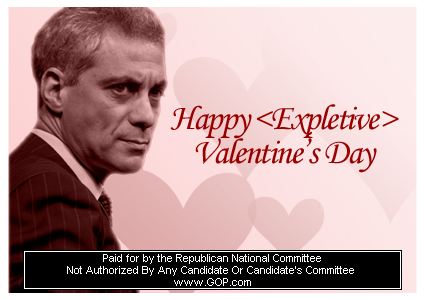 There is not much love between Republicans and Democrats and I am sure that none of the potential Republican gubernatorial nominees will be sharing their Valentine’s Day with Democrat Governor Jon Corzine , over a heart shaped box of chocolates, in front of a warm fireplace.

But,  in the spirit of the “spread the wealth” era, POLITICS 24/7  takes this opporunity to spread the love to you and yours……….