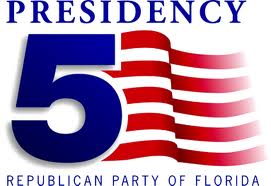 From a pool of 2,657 registered Presidency 5 voters in Florida’s presidential straw poll , Herman Cain pulled off a significant victory by a significant margin, upsetting both favorite Rick Perry and Mitt Romney.

The Final vote was as follows:

Herman Cain’s upset victory was a direct result of Perry’s poor performance in Thursday’s Republican presidential debate in which he argued that those who did not believe in offering in-state tuition discounts to illegal immigrants, did “not have a heart”.
Those remarks, combined with good showing by both Romney and Cain, put Cain’s victory in to motion. During the past two days of Republican electioneering in Friday’s CPAC-FL conference and today’s Presidency 5 convention,there was a clear sense that participants were changing their minds from Perry to Cain and Romney.
In addition to that, unlike Perry and Romney, Herman Cain stayed in Florida since Thursday’s debate and attended today’s Presidency 5 event where he delivered a speech that tore the rough of the convention center. His speech struck at the heart of the limited government cause and beyond that, it conveyed to the audience, that he truly gets the need for real changes in the way government does business.
Cain’s vote which was more than twice the size of Perry’s second place vote total, is a strong sign that both Perry and Romney have a long way to go if they intend to win. The sentiment expressed in Florida today, was a definite indication that the G.O.P. is still looking for a hero and that neither Romney or Perry fit that description yet.
However, Herman Cain just might.
He is the perfect anti-establishment candidate. And that is what voters want. They do not want politics-as-usual. On top of that, Cain has an uncanny and quite natural ability to inspire conservatives with his words and tap into their hope for a responsible figure who can be a citizen leader, not a career politician.
But the P5 participants are a very Southern evangelical sampling of Republican activists and many of them are also quite familiar with Herman Cain. Many have made him a part of their lives every weekday via his Atlanta based radio talk show which is widely heard in that region of the U.S.. This gave Cain the perfect opportunity to be the vessel for which voters could send their protest vote through. That is not to say that Herman Cain did not earn today’s victory in his own right. He did. In his speech he not only demonstrated the capacity to lead, he provided inspiration to a movement that seeks the type of change that is meant to restore liberty to America. He also showed the career politicians that politics-as-usual will not be good enough this time around.
If Herman Cain can parlay this straw poll win into future victories remains to be seen. Not long ago, Minnesota Congresswoman Michel Bachmann won the famous Iowa Straw Poll in Ames. But by her 40 vote, last place finish in Florida, it is safe to say that her Iowa Straw Poll results did not get her very far.
One thing that this win is sure to do for Herman Cain, is propel him from back tier candidate, to serious contender. In addition to raising his name ID, this victory will help him raise money and inject a sizeable dose of dollars into his campaign war chest. What will also be interesting is whether or not South Carolina Governor Nikki Haley’s recent claim that she will be endorsing someone who is a true business person, is a reference to Herman Cain or Mitt Romney. After today’s surprise win by Cain, one has to wonder.
An endorsement of Cain by Governor Nikki Haley, is not likely but if it did happen, it would place Herman Cain in a position to win back-to-back primaries in South Carolina and Florida………….a scenario that few have imagined, up till now.
On the flip-side of the coin, the man who probably faired worst in this contest was Ron Paul.
Paul’s fans are usually good at hijacking straw polls with ringers brought in from all over the place. But Presidency 5 is unlike Iowa and other straw polls. Participants in P5 must be certifies as registered Republicans through their county organizations. Such certification allows for a more accurate measure of Republican sentiments than do other forums which do not create conditions similar to actual primary contests.
But regardless of anyone else, today belongs to Herman Cain. Today he stunned the political world and put himself on the map. There’s a new candidate in town as of today and he promises to make sure that voters don’t just rollover for the perceived frontrunners. As of today, Herman Cain is going to ensure that the Republican who is nominated president, earns the nomination. 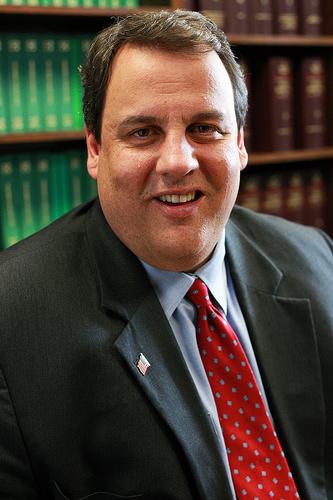 New Jersey Governor Chris Christie, the man that many national polls show Republicans wish could be their presidential nominee was rushed to Somerset Medical Center by his security detail early on Thursday. While in route to a bill signing ceremony regarding open space legislation, the Governor experienced difficulty breathing. Early reports indicated that the detour to the hospital was simply an intentional “abundance of caution”.

Early reports from Governor Christie’s spokesman Michael Drewniak suggest that all indications are that “the governor will be OK.” Christie’s deputy chief of staff, Maria Comella, told The Associated Press that the Governor is “fine and in charge.”

Meanwhile Lt. Governor Kim Guadagno is reportedly in his office and Christie’s wife, Mary Pat, is at her husbands side in the hospital . So far everything on Christie’s schedule for Thursday has been cancelled. This includes his monthly appearance on NJ 101.5 for the “Ask the Governor Show”

Christie, who is 48, overweight, and suffers from asthma for which he uses an inhaler, is said to be undergoing a breathing examination, along with an EKG to rule out heart problems, as well as blood tests and chest X-rays to look for pneumonia or other infections. There is no word yet on any changes to his Friday schedule.

The Governor, who has been in office for only 18 months, has taken Republican circles by storm with his frank talk and bold leadership on spending cuts, entitlement reforms, and an unusually courageous approach to unions which have historically run the show in New Jersey. While Christie has repeatedly declared that he is not ready to run for the White House, Republican presidential frontrunner Mitt Romney recently went public with his desire to seriously consider Christie as a running mate in 2012.

As for the rest of the Republican presidential field, there has not yet been any reaction to the news of the Governor’s hospitalization, but Texas Governor Rick Perry, a potential candidate for President did offer the following tweet in his Twitter feed:

“Our prayers are with Governor Christie.”

In what can only be viewed as a sign of things to come, the Democratic National Committee is returning to their attempts at demonizing Republicans by trying to paint their conservative base as heartless fiends and maniacal evil scientists who would dare to experiment with such things as the ability for the free market to improve quality and life in America. In a video put out this week by the DNC, clips from CPAC, the American Conservative Union’s annual Conservative Political Action Conference.

The video uses clips of cheering CPAC audiences as speakers talk of replacing the E.P.A, abolishing the Board of Education and allowing people to opt out of Social Security. After the evil Republicans have their say, Steny Hoyer and Debbie Wasserman-Schultz are spliced in as they discuss how Democrats are making sure that America is competitive enough to insure is a stronger economic future. The video then goes to a clip of President Obama from his State of the Union Address in which he discusses the entrepreneurial spirit of Americans and how as a nation “we do big things.”

What the ad does not tell you is that for Democrats, those big things are big government and big government programs which replace the American entrepreneurial spirit with bureaucratic mandates and regulations that have a return on the dollar that is less than the cost required to implement.

Another interesting thing to point out is that, the way I see it, the DNC seems to also be banking on President Obama’s supposed great oratory skills as means to appeal to the hearts and minds of the American voter. Not that there is anything wrong with that. A President should be able to do so, but one must be able to tap into American sentiments if they wish to be successful at such attempts. One must be Reaganesque if they wish to do that. The problem is we knew Ronald Reagan and Barack Obama is no Ronald Reagan. Nice try though.