KENNEDY KNIGHTED. GOD SAVE THE QUEEN!

What has her majesty’s kingdom come to? 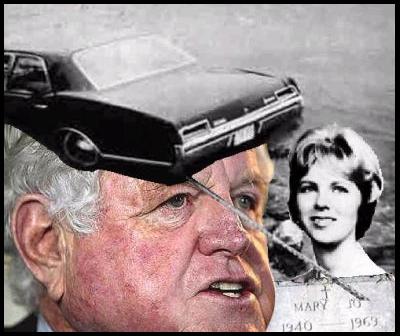 Being a Kennedy has almost always been a magical thing. It is a get out of jail free card that exempts them from wrongdoing. Be it a Kennedy cousin who has killed a Connecticut neighbor, a Kennedy nephew who raped a Florida neighbor, a Kennedy relative in Congress caught driving drunk or Ted Kennedy’s swimming away from a date after plunging into icy cold waters in Hyannis port and then neglecting to tell anyone that he left her there, being a Kennedy is a great thing.

Now it is worthy of knighthood.

The sad fact is that the Kennedy clan has come along way since the days of President John F. Kennedy and New York Senator Robert Kennedy. But it has not progressed in quite such a good way. Kennedy’s have since then have done more harm than good.

John and Robert Kennedy had their lives taken. Ted Kennedy has taken lives.

Yet the monarchy of Great Britain has chosen to put more value in Ted Kennedy’s socialist agenda, than his crimes.

It is a shame but such is the world we live in.

God save the Queen.

A woman interviews for a job with Ted Kennedy.

Kennedy: “You realize that you’ll have to travel a lot.”

Kennedy: “And that to save money we’ll have to share a hotel room.”

Kennedy: “And on some nights we will be having sex.”

Kennedy: “Do you have any questions?”

Woman: “Well, if we are having sex, I might get pregnant and I wonder what arrangements you’ve made for obstetrics insurance, maternity leave, etc.”

Kennedy: “Don’t worry; we’ll cross that bridge when we come to it.”