Christine O’Donnell’s win in Delaware has got to be the most remarkable event of the 2010 midterm election to date.

It is certainly one of the most pivitol events to date.  And it actually could be the determining factor that costs Republicans the majority in the U.S. Senate.  That is not something to celebrate, but what is worth celebrating is the ideological integrity of the next generation of Republicans that hold office in the G.O.P.

It is clear that the establishment of both major Parties, but especially the Republican Party, are no longer satisfying voters.  But unlike Democrats who renominated scandal plagued Charlie Ragel in New York, Republicans are  proving to be the true Party of change after nominating conservative Christine O’Donnell over liberal RINO Mike Castle.  And while Republican are abandoning the establishment, voters have not abandoned the core beliefs of the Republican Party.  They have simply abandoned  the stewards of the Party who between 2000 and 2008, strayed away from the principles that differentiates Republicans from Democrats . Republican voters still believe in lower taxes, limited government, personal and economic freeedom and personal responsibility.   They have just lolst faith in the G.O.P. establishment.   That is why we are seeing several historic political phenomenons take  place in 2010.

One of them is that for the first time since the 1930’s, Republican turnout in the midterm primary elections is far exceeding that of the turnout in Democrat primary races.  A similiar imbalance in voting patterns between Democrats and Republicans were seen in the 2008 presidential primaries when Democrats were fired up and enthusiastic about their candidates.  Now, two years later, and the Democrat vote is supressed by a lack of enthusiasm, wherereas; Republicans are motivated by two things, anger and enthusiasm, two emotions that are making Republicans turn out in droves with two stated purposes.  One to throw out the  Republican establishment and, two, to put an end to reckless spending and tha nanny state that is controlling and ruining our lives.

Part of this phenomenom is another surprising trend.

While the Republican establishment continues to run with rich, white men, the new generation of more conservative Republicans is electing a litany of anti-establishment candidates who are women and minorities.

In South Carolina there is the American Indian women who, TEA Party patriots helped to make the Republican nominee for Governor.  In Nevada TEA Party backed candidate Sharon Angle won the nod to run against Senate Majority Leader Harry Reid and Republican women were nominated for the U.S. Senate in California, and Connecticut, not to mention the nomination of Republican Meg Whitman for Governor of California and now  conservative Christine O’Donnell for the senate in Delaware.

Then there are the Republican African-American nominees.

At least 32 Republican African-Americans have been running for Congress this year , the biggest surge since Reconstruction, and of them, at least 5 have excellent chances of winning.  Most notable is TEA Party backed Tim Scott, who after  defeating one of the biggest names in South Carolina politics,  Paul Thurmond, son of the late Strom Thurmond, is now on track to become the first black Republican in Congress since 2003 — and the first from the deep South since Reconstruction.

His was a victory for conservative Republican insurgents and just another sign of the out with the old and in with new trend in politics today, a trend that is scaring the beeejeezus out of Democrats.

O’Donnell’s 6% victory over former Governor and 12 term Congressman  Mike Castle was merely further proof that change is in the air.  As a result, the standard talking points out of Democrats will be that that radicals have hijacked the G.O.P..   And even the establishment  of the G.O.P. will lament over the loss of candidates like Bill Bennet in Utah and now Castle.  They will complain that voters have failed to nominate the most electable candidates.  But both sides will be unable to counter the most important point which is that voters are doing something that neither the Democrat or Republican are doing……creating not only the change that we need, but the the change we want.

What If George Bush Spoke of “Light Skinned” Candidates “With No Negro Dialect”? 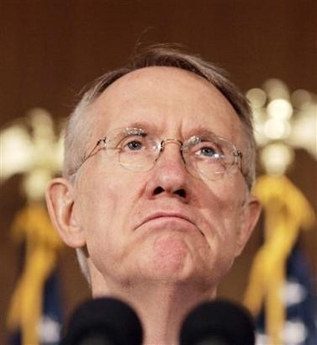 Negro dialect, unless he wanted to have one”?

Oh I think we all know what would happen………………All hell would break out!

Al Sharpton would be holding a 5 borough march throughout New York City, with the President hanging in effigy at the head of it. Oh, and special guest speakers at the end of the march….that would likely include Senator Schmuck Schumer, Governor David Paterson, Mayor Bloomberg, and a slew of congressional representatives like Louise Slaughter, Carol Maloney, Charlie Rangel, Anthony Weiner and too many more to allow to speak on stage in one night.

They would be joined by Marches in Chicago led by Jesse Jackson, in several in California led by people like Maxine Waters, and Loretta Sanchez, as well as Barbara “Call Me Senator” Boxer and a host of her liberal underlings in the House.

They would all be calling upon him to resign from office. Some might even be trying to have him impeached.

Attended a birthday party for long serving Senator Strom Thurmond. In a toast-like offering at the party he stated “I want to say this about my state: When Strom Thurmond ran for president, we voted for him. We’re proud of it. And if the rest of the country had followed our lead, we wouldn’t have had all these problems over all these years, either,”

Strom Thurmond, was a segregationist when he ran in 1948.

Lott’s choice of words were certainly inappropriate. They were also not intended to be a reference to segregation or racism. In an immediate apology, Lott tried to explain that he was not referring to the segregationist policy that Thurmond held over fifty years ago and dropped long ago, but rather his body of work over his lifetime.

The apology was not enough.

Jesse Jackson called for Lott to resign. Former and always bitter Vice President Al Gore declared Lott’s remarks to be “racist.” And in an interview on CNN Gore stated that Lott should apologize for his comments or face censure by the Senate. The Vice President could not let it go and days later publicly stated…… “It is not a small thing … for one of the half dozen most prominent political leaders in America to say that our problems are caused by integration and that we should have had a segregationist candidate. That is divisive and it is divisive along racial lines. That’s the definition of a racist comment,”

Now I don’t know about you, but I did view any direct reference by Trent Lott to race, dialect, color, segregation or anything divisive. Inferences were made by many like Al Gore, Jesse Jackson, Nancy Pelosi and even Barack Obama before he was a Senator but unlike Harry Reid’s insensitive remarks, there was no mention of color or prejudices.

They all put word in Trentt Lott’s mouth and they defined what he said to mean something he did not mean.

And joining in the chorus of partisan pricks from liberal hangmen, was the media, which was all too happy to help Democrats tie the noose around a Republicans neck. They continuously hounded Lott and other Republicans. The Lott comment was headlines for days. And people like Harry Reid only fed the flames of partisan fury that burned like created by leading Lott to his lynching. This went on until Trentt Lott and Republicans understood that the dust up caused by the toast to a man on his one hundredth birthday was turning into a sandstorm that would not die down.

So several Republicans agreed to throw Lott under the bus, and Lott resigned.

Of the resignation, Harry “The Racist” Reid said;

‘He had no alternative,’ ‘Senator Lott dug himself a hole and he didn’t dig it all in one setting. He dug it over the years. And he couldn’t figure out a way to get out of it.’” (”Nevada Lawmakers Not Surprised By Lott Resignation,” The Associated Press, 12/20/02)

He also through this in;

“If you tell ethnic jokes in the backroom, it’s that much easier to say ethnic things publicly. I’ve always practiced how I play.”

Apparently, that is not really the case. Apparently Harry Reid believes that dark skinned black Americans who speak ebonics are less than Presidential.

Personally, I can’t argue with at least part of that sentiment. I mean I truly could not imagine myself electing Fifty Cent or Snoop Dog President of the United States.

That is not because of their color. It is because of the attitude they convey, the lack of respect they demonstrate, the vulgarity of their performances and language. This is not limited to African-Americans though. Eminem, the Caucasian rapper from Detroit also known as Mathew Matthers would also be a non starter for me.

But I don’t think Harry Reid was talking about rappers or pop icons. Was he actually stating that politicians like maybe Jesse Jackson, Jr., spoke too black and had skin too dark to be elected President?  Was it a reference to someone else like maybe Maxine Waters or the African-American Mayors of Philadelphia, Baltimore or Detroit. Maybe he meant Southern Congressman John Lewis was too dark skinned? I don’t know, but he said it. I didn’t. I would not claim that those people can’t get elected because of their dialect or color. Congressman Joe “You Lied” Wilson didn’t say that. Mitt Romney didn’t say that.  Nor did Dick Cheney or Sarah Palin say that.

So what’s the difference here? Why did Trentt Lott’s head have to roll for a toast to a hundred year old man who, at the time, was the longest serving senator in history? A toast which made no mention of race but which he still apologized for?

The difference is Democrats are pure hypocrites. The foundation of their political being, liberalism, is a hypocritical based ideology that proves to be full of double standards and incongruent logic.

Compare the defense that Democrats been offering Senate Majority Leader Harry Reid for his remarks about color and speech to the general tone of the following remarks that Democrats made regarding then incoming Republican Senate Majority Leader Trentt Lott for his remarks about the decades of service that a 100 year old Senator gave to his country:

‘His apology does not take away the sting of his divisive words, nor the pain inflicted on millions of African Americans under segregation,’ she said.” (Edward Epstein, “Bush Calls Lott’s Remark ‘Wrong,’” The San Francisco Chronicle, 12/13/02)

“the GOP must decide whether Lott ‘represents the views of the majority of Republicans in the Senate and in our country.’” (Ron Kampeas, “Some Republicans Say Lott’s Apology Should End Controversy,” The Associated Press, 12/14/02)

‘Those kinds of comments have no place in our society and should be repudiated by every American,’ ‘At this point, the Republican caucus in the U.S. Senate needs to think long and hard about the kind of values they want their leadership to represent.’” (Katherine Hutt Scott, “Mich. Delegation Members From Both Parties Criticize Lott Remarks,” Gannett News Service, 12/14/02)

“The comments by Lott, R-Miss., were offensive, hurtful and wrong. Worst of all, they do not appear to be isolated remarks. At a time when our country should stand as one, (the comments) serve only to divide. Americans deserve leaders who will stand up for the civil rights of all citizens.’” (Gregg Herrington, “State’s Two Democratic Senators And Gop Chairman Take Lott To Task For Remarks,” The Columbian [Vancouver, WA], 12/14/02)That’s just a small sampling.

Why should Harry Reid not be forced to resign?

This is a moment of truth for Democrats. Now is the time for them to demonstrate whether they are the hypocrites that I have come to know them to be, or if they are a party with at least a scintilla of  integrity and with any sense of fairness and justice.