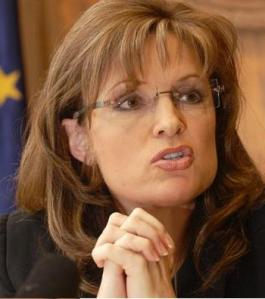 Liberals are annoyed again at Sarah Palin. Once again, she is sticking up for handicapped people. She just can’t “act like a lady” and let them be maligned, can she?

Along with Sarah, several advocacy groups are jumping on a remark made by President Obama’s Chief of Staff, Rham Emanuel. The remark was said in a meeting of White House and DNC Strategist regarding the suggestion that Demoicrats run ads against Blue Dog, conservative Democrats who did not jump aboard the government healthcare takeover scheme.

To it, Rhambo, as he is often called for his aggressive and sometimes ruthless political decisions, said the idea was F&*$!@% retarded.

The truth is, the idea is f’ing retarded. But the negative context the word retarded was use in has many advocates of the mentally handicapped up in arms. Personally I think they are being too sensitive. But I will say this, I do hope they hold Rham Emanuel accountable because what if George had called an idea F&%$*@! retarded. The left would have been calling for his impeachment or at least his lynching. 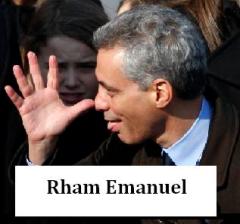 handicapped people. It was also not meant to go public. So even though it may have been privately insensitive, I do not think the episode warrants congressional hearings. But I do think the application of the liberal double standard has to stop. For that reason, Rham Emanuel and the Administration should be pressed just as hard for that which they would deem as politically incorrect and insensitive remarks, as they would had it been Karl Rove who said such a thing.

In the meantime, the really sad part of this is the fact that so many fronts are bothered by the President’s Chief of Staff using the word “retarded” but we have heard nothing about his use of the word f#@$%.