In one of the most corrupt states in the Union, sleazy politics should come as no surprise to 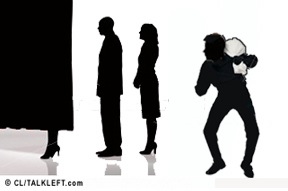 anyone.  But when an incumbent Governor and his state party stoop down to sleazy tactics in the closing hours of an election, you know they’re losing it———-figuratively and literally.

Most of these calls are going into heavily Republican Morris and Somerset counties.  The tactic is geared at suppressing Chris Christie’s Republican.

Given the circumstances, a call begging New Jerseyans to vote for Daggett is probably the last thing Corzine 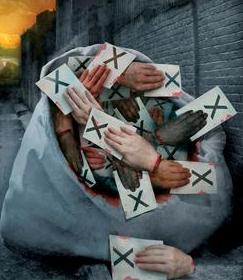 Democrats can do.  They know full well that they can’t convince most people to vote Corzine!  To counter this the Christie campaign has  robocalls of their own reminding to watch out for Democrats trying to “trick you into voting   for Chris Daggett“.

It looks like the race for Governor in New Jersey will not be as close as polls show.  I believe Christie may even win by more than the 3% POLITICS 24/7 predicted earlier.

No wonder why the Democrat State Committee is dumping money into campaigning for someone other than Corzine,their nominee.  Democrats are beginning to see the writing on the wall and it scares them to death.

This just in.  There’s word that thousands of fraudulent absentee ballots have been found.   Hmmmm, I wonder who might be trying to stiff those ballots?  Anyone know what ACORN is up to today?