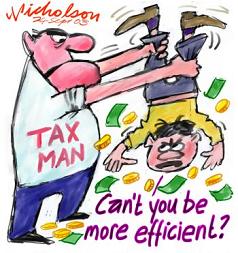 News has it that New York, replacement Governor, David Paterson, is unveiling 127 new items and services that the Empire State will start taxing.

Together the taxing of these two items and the logic behind it demonstrates the utter hypocrisy and lack of reasoning behind liberal tax and spend policies.

The two items I am referring to are gym memberships and soda. Not all soda though. Diet soda is not on Democrats hit list. Claiming that regular soda is less healthy than diet soda, Patterson and fellow Democrats believe regular soda is  ripe for a tax that penalizes those who dare to purchase it. 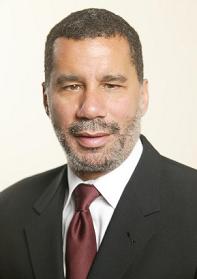 NEW YORK GOVERNOR DAVID "tax it for your health" PATERSON

After all it is our health and well being which is the government’s primary reason for creating such a tax.

If health concerns were their primary reason, as opposed to economic concerns, why then would they also penalize people who attempt to maintain their health by joining a gym?

Mind you, we are just talking about only two of the new taxes that liberals are promoting in New York. There are 125 others, all as hypocritical and as inexcusable as the next. Each one of them however, will be given a reason for taxing by Democrats. They will try to rationalize each one. But who are they kidding?

I guess they could claim that a tax on gym memberships is necessary because of the risk of injury that could be gotten while trying to keep fit. You know, a sprained ankle on the treadmill, a wrist injury while lifting weights, who really  knows. But any excuse is a good excuse. 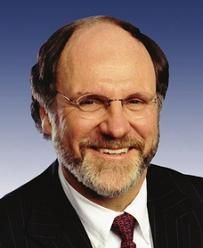 This type of hypocrisy and illogic certainly isn’t limited to New York. In fact New Jersey set this trend.  When Wall Street wizard Jon Corzine came into office a whole herd of new taxes were created.  Like New York, that list of new taxes included

Just like New York with soda, Corzine and the liberal led New Jersey legislature raised taxes on cigarettes because of their unhealthiness and at the same time, created a tax on gym memberships.

Way to go guys. While looking out for our health you also penalize us for trying to be healthy.

While doing that,  Corzine’s economic brilliance led to a tax on the planting of flowers, shrubbery and trees.

That‘s one way to help take the garden out of the Garden State.

The bottom line is this.

We need political leaders who have some brains and understand that most of their constituents have brains too. Stop insulting our intelligence by making excuses for doing what is wrong. Don’t tell us you won’t tax one type of soda and not another because one is healthier than the other and then tax everything else that is healthy for us.

If health was the governments true intention, then they should be creating incentives to join the gym, not a create a penalty for joining one.

We need intelligent leaders who are willing to look for solutions, not create problems.

While Blagojevich tries to sell a U.S. Senate seat in Illinois , others are trying to sell us excuses for making tough economic times even tougher for us .

Rather than cutting the cost of government, they raise the cost of living. And they do so with the rationalization of a fourth grader who tries to explain that they don’t have their homework because the dog ate it.

But, just like New Jersey, Democrats in New York will make excuses and some voters will buy those excuses.

But for how much longer?

Pretty soon liberals will be adding a tax to those excuses that voters buy.

Maybe we can tell them that, like their reasons for taxing different things, we voted against them for health reasons……our economic health.

Wondering why there is a government bureau which oversees alcohol, tobacco, and firearms, a young man called the regional office of said bureau.

He asked the man who answered the phone “What wine goes best with an M-16?”

The ATF agent did his best to be helpful and replied…..

“That depends. What are you smoking?”