WILL JON CORZINE REALLY BE UP FOR REELECTION?

Ladies and gentlemen, welcome to the title bout in this year’s politcal lineup.

In the left corner, wearing a host of tax and toll increases, a budget shortfall of more than $2.1 billion and scars of scandals with unions, ex-girlfriends and cabinet officials is Jon “Almost Gone” Corzine.

In the right corner, wearing a corruption busting image, over 130 successful prosecutions, and the hopes of millions who want to improve the quality of life in New Jersey………..Chris “You Can‘t Miss” Christie.

Many expect New Jersey’s headline political battle to shape up this way. The incumbent governor is, as usual, expected to seek reelection and go unchallenged for their party’s nomination. In this case that is Jon Corzine. 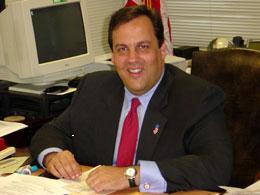 The establishment is behind him and the money is being horded for him.

Party leaders and elected officials have been lining up behind Christie like teenagers on line for Britney Spears’ latest CD. They are putting all their hopes on Chris Christie because he has some higher than usual name recognition when compared to other possible choices or at least more statewide recognition than most of them,  The thinking is that his name recognition will give us the best chance to defeat Corzine.

New Jersey is a unique state, in that without its own media market, getting statewide name identification is very difficult. That is why most candidates have to run in at least one statewide election before they can win a statewide election. Take McGreevey and Whitman for example.

So I undertsand the value in wanting a nominee for Governor who has some good recognition in New Jersey but I wouldn’t pin all of my hopes and my party on that alone.

Add to that the fact that Christie’s opponent for the nomination could actually prove to be more satisfactory candidates for the nomination to rank and file primary voters and you have the potential for an upset in the G.O.P. race for the gubernatorial nomination.

On the other side of the aisle you have Jon Corzine.

Incumbents usually do not get challenged and Corzine is no different here. However, many Democrats are not so sure that they want him to run for reelection. Corzine himself is doubtful. Not because he doesn’t want the job, but because he is not sure that he can make a case good enough for reelecting him to continue doing the piss poor job that he has been doing.

the Treasury. The hope was that he could avoid an embarrassing reelection loss by saying “sorry, I have to leave to answer a higher call to duty”.

Well, given Corzine’s dismal financial record in New Jersey, no one wanted him to do for America what he did for Jersey.

So state Democrats are left with having to try to carry Corzine’s dead weight over the electoral finish line.

They are hoping that by linking Chris Christie to President George Bush, they could make Corzine more preferable. So despite the fact that Chris Christie has done his job successfully and put an end to the career of more corrupt politicians than anyone in recent state history, Democrats simply say he was appointed by George Bush. Well duh………and he did his job better than most Democrats have done their own jobs.

So with little to go on, Democrats are scared. They fear that Corzine is vulnerable and that they could lose to Republicans.  And they’re right to think that way.

That is where things get interesting.

POLITICS 24/7 understands that not only may Corzine not be up to reelection , he may not be up for his party’s nomination.

Senate President Richard Codey just might step up yet again. 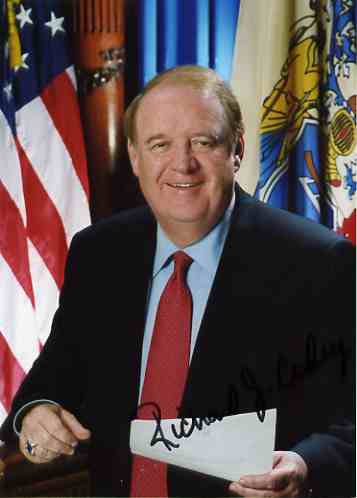 Over the past several years years, Codey has been called upon to govern the state during several different times of crisis. Those occasions included when disgraced Governor Jim McGreevey resigned amid financial, patronage and sex scandals and most recently after Governor Corzine almost died in a tragic accident that he encountered while speeding down the Garden State Parkway without his seatbelt on.

Putting Codey‘s political leanings aside, he is viewed as a steady hand at the helm, a wise sage of New Jersey politics who can be trusted. Whether this is true or not does not matter. That is how he is viewed and politics is perception. He has never sought the job of Governor but governed when called upon to do so. That kind of reputation is a good one to have. People do not see him as power hungry or ego driven. They see him as a reliable, trustworthy figure.

That is why there are rumblings to have him be the Democrats nominee for Governor.

With Dick Codey as their nominee, they will not have to defend against the stream of legal challenges that are pending in the courts against Corzine. They will not have to defend against proposals to make the cost of driving on New Jersey’s roads so expensive that you need a part time job just to pay for the tolls that Corzine would be increasing for decades to come if he had his way.

Having Dick Codey as their standard bearer, Democrats will not have to explain why under his reign, the affordability crisis in New Jersey has gotten worse and why after raising taxes by as much as $2 billion dollars when his term began, we have a deficit of $2.1 billion dollars as his term ends.

Of course Codey would have to answer to why he rubberstamped many of the Corzine led initiatives but at least he will not have to try to explain why he initiated them.

The most controversial part of the Codey nomination is how he will get it. 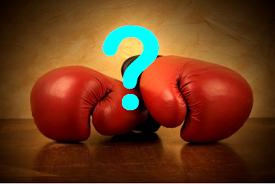 Insiders are hoping that it can be arranged that late in the game, Jon Corzine will announce that for personal reason, he is not seeking a second term. That will allow Democrat party leaders to turn to Codey and say, with only a short amount of time left to nominate their party’s choice, they feel that they need Dick Codey to once again step in and save the day.

Considering that Corzine has been looking for a way out of running for reelection and saving face, I believe that in a few months Corzine will receive a request to serve in the administration of President-Elect Obama. Not a cabinet position but a lesser position. One that Democrats can conjure up and provide Corzine with the excuse he needs in to save face.

So don’t expect this boxing match to be the one you expect. Not only does Chris Christie have yet to enter the ring as the G.O.P.’s official nominee for Governor, Democrats just might be putting the gloves on someone with more of a punch than Jon Corzine.

TO BE FILED UNDER THE “That’s Just Wrong” CATEGORY

NO MORE BUSH – SHAVE THE DATE

Speaking of the upcoming inauguration, you can celebrate the end of Bush in a uniquely personal manner. Sex advice columnist Kristen Chase (also known as “Mominatrix”) is encouraging everyone to “Shave the Date”, or as she puts it “leave no bush behind”. She claims that it will give you a special tingle to realize that at the moment that this country gets rid of Bush, you will have gotten rid of yours.

Her column even includes advice on how to shave your pubes, for first-time Bush removers. She also has a Facebook event — shaving your bush is not required for participation, but is strongly encouraged due to sexual satisfaction and patriotism that will be enjoyed.

Pass The Link On To Family, Friends and Co-workers

BE SURE TO SIGN THE PETITION URGING THE NOMINATION

OF SENATOR BECK FOR LT. GOV.

What is still the greatest crisis facing America?