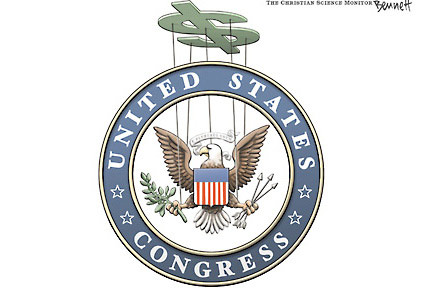 Congrees Is Raising Their Pay

As we enter a new a year it would be nice to know that our leaders are looking forward to a new direction for the nation. A direction that avoids a continuation of the policies and thinking which have helped to bring about some of the problems that we wish we didn’t have.

It would be nice but such is not the case.

In the new year, the new Congress will be giving themselves a new pay raise. It is only a three percent raise but a raise nonetheless.

You might be asking, “what’s the big deal about a three percent raise.”?

The big deal is more than the three percent more for the 435 representatives that we, the taxpayers have to spend. It is a cumulative sum that increases government spending at a time when most people claim that we are spending too much already. The sum total of the pay raise may be insignificant when compared to other expenses in government but the gesture is astoundingly arrogant.  The big big deal is the symbolism in thre raise.

At a time when the nation is fearful of tough economic times and even more afraid that things might get worse, how the heck do our representative leaders have the right to increase the cost of operating government.? Are they suggesting that with a little more money in their own pockets, they will be more motivated and work harder to solve our own economic problems?

Can anyone really say that the job performance of congress is so great that we have to reward them with more money?

Currently, congress is at its lowest approval rating in history. If our bosses gave us a rating similar to congress, a rating approaching or in the teens, I don’t think they would be offering us a raise. If that were they case, most of us nonunion workers would be worrying about getting fired. But member of the U.S. Senate or House of Representatives have no fear.

They also have no decency or common sense. 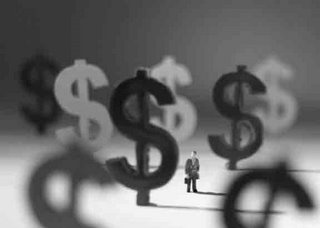 If they did have any decency they would say, “you know………now is not the time to raise our own salaries”. They would say “during these difficult times when so many Americans are struggling and working harder to make ends meet, not only should we, their representatives, oppose increases in the wealth of our own pockets, we should be making some financial sacrifices of our own”.

If they had any decency expenses would be reduced and staffs would at least be temporarily reduced ,but not only does the collective assembly of congress lack decency, they lack common sense.

There is very little coming out of congress to indicate that they possess decency or common sense. Their approval ratings prove this. But who are the real fools here? Is it congress or is it the people who elect the members of congress?

There were a large number of new people elected this past November but many of them were elected to fill the seats of individuals who retired. Only a few dozen replaced someone running for reelection. As a nation, we sent most incumbents back to Washington to continue their work for us.

So why shouldn’t they approve a pay raise for themselves? We, the people, don’t do much about it.

In the end we get what we deserve and those representing us take what they can get.

Is it an example of leading by example? If so, things are going to get a lot tougher in America because if we all lived by the example that congress sets it’s everyman, woman and child for themselves. If theirs is the example that we should live by we are screwed.

It is too bad that the new year will not be ushering in a new way of thinking. However; hope springs eternal and maybe, just maybe, this year, the American voter will start holding our elected officials accountable. Maybe this year voters will keep track of what our leaders say and do and maybe they will say “you know what?……yer outta here”.

Maybe, but not likely.

Despite enormous fluctuations in the Dow Jones average , billionaire investor Warren Buffett announced that he will continue to invest in the stock market during the current financial crisis. So remember, everyone, this is no time to panic, as long as you’re the richest man on earth.