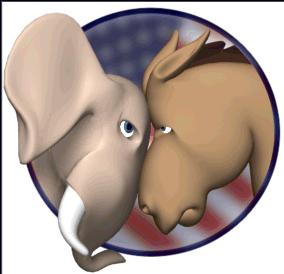 And they’re off!
`
The race for President Obama’s old Senate seat in Illinois has its official slate of candidates after last night‘s primary election. You remember the seat we‘re talking about. It’s the one that went up for auction by Illinois Democrat Governor Rod Blagojevich when Barry got elected President.

After the scandal plagued process to fill the vacancy created by then Senator Obama’s victory, under a shroud of doubt, Roland Burris was appointed by Blago and he has been keeping the seat warm ever since. Well now the race to replace Burris is set. On the Democrat side Alexi Giannoulias took the nomination for himself after defeating four others and beating his closest rival by 6%.

On the Republican side, Congressman Mark Kirk fought off five contenders and won the GOP nomination in a landslide that had him swamp his closest opponent by a whopping 37%.

Sounds to me like Republicans are more sure of their nominee than Democrats are with their candidate. And with good reason.

Giannoulias is the State Treasurer of Illinois. It is a job he got after he defeated State Senator Christine Rodagno in 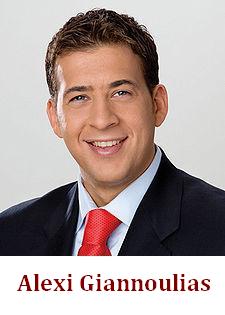 2006 for the open seat. Part of his successful aura was based on his supposed knowledge of finances. Giannoulias’ daddy owns banks and he had his son help manage a few of them.

The ironic part of all this is, since Democrats have tried to shift attention away from their failed government takeover of healthcare, they have made banks the enemy. The President has made speech after speech about how banks are bad and how we must punish them. So now the father-made boy banker ends up being the Democrat’s nominee for Senate. I guess only those banks that don’t fund Democrats and their cronies are bad.

Which brings us to this commercial.

Without skipping a beat, the NRSC, jumped on the odd selection of Giannoulias as their standard bearer, especially given his ties to and support for some of Chicago’s shadiest characters.

The ad gives scandal plagued Illinois voters a reason to think twice about pulling the lever for another politician who is knee deep in questionable ethics and ties to corruption. 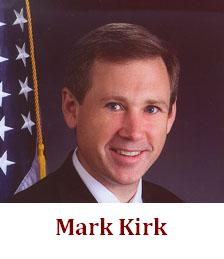 As for Republicans, Mark Kirk is really not someone who inspires conservatives. After being one of only 8 Republicans to vote for the liberal Cap-and-Trade, environmental tax scheme, Kirk passes no litmus tests. But hey, aren’t litmus tests suppose to be politically incorrect? So I guess you can say that Kirk is the politically correct candidate.

As for Giannoulias, in his victory speech he told Mark Kirk “come November, your days as a Washington insider are over”. That’s pretty funny coming from a man who has made his money from his daddy’s business and pals around with Washington insider’s like President Obama while financing Chicago political insiders like convicted slumlord Tony Rezko. Leave it to a liberal to show their hypocritical stripes.

Giannoulias is as much an insider as long serving Washington insider, Vice President Joe Biden.

Back in 2006, Crain’s Chicago Business’ reported:

“Just why did Sen. Obama last week endorse for Illinois treasurer an unknown 29-year-old whose financial experience is limited to working at a family-owned Chicago bank, and who, as recently as five years ago, was shooting professional hoops as point guard with team Panionios of Athens, Greece?” (Greg Hinz, Op-Ed, “Halo Tarnish,” Crain’s Chicago Business, 12/12/05)

Beyond that, the record shows the following insider history;

“I’ve got a very personal relationship with Alexi … He was critical for me in terms of reaching out to the Greek community, other ethnic communities in the city. He was there from the start, when people didn’t give me a shot.” (Rick Pearson, “Parties Get Set For Busy Primary,” Chicago Tribune, 12/5/05)

In addition to that, his banks have aided and abetted the criminal activity of many supporters of liberal insiders. The Chicago slumlords of Obama backer Tony Rezko were, in part financed, by Giannoulias banks.

And to top it all off, like any good Chicago political insider, scandal just latches on to Giannoulias.

So Democrats have a real gem on their hands. As a person, Giannoulias has ridden his father’s coattails into fame and fortune. As a politician he has become an underhanded insider who trades in political favors with some of the most disreputable and corrupt people you can find. And when he deals with the issues, he is exactly as his campaign described him…..a devout progressive………. a label which President Obama, Harry Reid, Nancy Pelosi and Democrats et al, have turned into an anchor that, in this anti-liberal election cycle, will be worn around Alexi Giannoulias’ neck.

In fact, the record shows that Alexi Giannoulias fits right in with establishment liberals. He supports the healthcare tax scheme that would have government takeover healthcare in America. He supports the culture of dependency and opposes a proper execution of the War On Terror.

As a state treasurer, Giannoulias initiated several new spending programs and in 2008 Giannoulis invested state money in a Core Plus college savings program that experienced great losses. At the same time, despite the need for federal and state belt tightening, Giannoulias decided to have the state treasurers office purchase a hybrid vehicle that is suppose to allow state workers travel the state to sign up families for a college savings program called Bright Start. So much for fiscal responsibility.

So let the races begin! And let Democrats, and self described progressive everywhere, discover that all the king’s horses and all the kings men will not be able to put their liberal monopoly back together again.