THE FIRST DEBATE…..Two Bracelets, No Sale

After first suggesting that the debate on foreign policy be postponed so that participants can work on the 700 billion dollar economic bailout package, John McCain joined Barack Obama on the stage in Oxford, Mississippi. The suspension of normal campaign activity by McCain’s campaign actually did little to effect the issue that it intended to and it was not a move that was seen through by McCain. The bailout bill has still not been assembled and neither one of the potential White House occupants have influenced the final product that either one of them will have to contend with in 4 months. That is disappointing. And so was this debate.

As someone who did not support McCain during the primary process for the Republican nomination, I am behind him now. Not because I feel he is the very person for the job, but because he is the best alternative we have for the job.

Some may see this as settling but I see it as necessity. A necessity created by the very diverging directions that Obama and McCain offer. Obama’s direction is a far left turn to the economic and foreign affair policies of Jimmy Carter. Not good.

McCain’s direction is a more middle of the road approach. It is an acceptable approach based upon experience and supported by his proven record. Not great, but better than Obama-ology.

I became a bit more enthusiastic with the McCain candidacy after demonstrating what I saw as strong, bold, judgment when he selected Alaska Governor and political reformer Sarah Palin as his running mate.

In this debate I was hoping for McCain to be able to vividly clarify the lines of distinction between him and Obama. I was hoping that he would be able to show that the two have starkly different approaches and that McCain has the experience to advance his offered direction in a more capable and competent way than Obama.

Instead I saw that the two men disagree on certain approaches. That is not news. The nation is quite polarized in their opinions and it will take a lot to change those opinions. So from that perspective this debate accomplished nothing. The same opinions held before the debate, remain that way after the debate.

Generally speaking, McCain did take a few more rounds than Obama. He was able to point out the disparity between Obama’s rhetoric and his voting record. He made it clear that Obama’s approach to winning in Afghanistan hinged on losing in Iraq.

McCain was able to point to experience and accomplishments as a source of support for his leadership, Barack could not.

McCain was able to point out the naiveté and inexperience of Barack Obama on seven separate occasions while on 8 different occasions Barack Obama agreed with the elder statesman, McCain.

So on a point by point technical assessment of the debate, maybe McCain won, but based on the overall results of this match up, it was a draw. Neither candidate was able to make either side of the electorate see the issues in a new light and from a different perspective. Neither candidate changed minds. If you agreed with our mission in Iraq this morning you still agree with it tonight. If you felt that it is wrong to try and 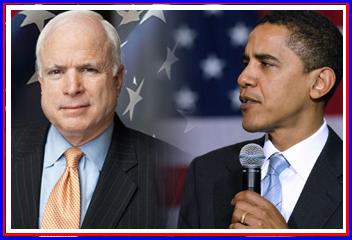 grow our economy by over taxing businesses yesterday, you still feel that way today.

I can best sum this debate up with one example which played out during the course of the debate.

John McCain showed a bracelet bearing the name of a serviceman killed in Iraq. He explained that he was given that bracelet by the soldiers mother who asked McCain to wear the bracelet, honor her son and not allow him to have died in vain. It was a demonstration of conviction to finish the job that we started in Iraq.

In response, Barack Obama showed a braclette of a slain Iraqi serviceman given to him by that warrior’s mother. She gave it to Obama to wear in memory of her son and in the hope that he will insure that other mothers will not have to endure the pain that she has suffered.

So there we have it. Two men, two bracelet’s and two differing opinions. Neither one convincingly moved one position over the line more than the other. As a result, Americans have two very symbolic bracelet’s representing two very opposing visions but neither of the men selling those bracelets were able to make one more appealing than the other.